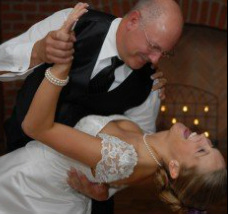 Something remarkable happens to your perspective when you become an adult. Suddenly the embarrassing, boring, and controlling parents you thought you had, become something entirely different.

It typically starts when you move out and immediately realize how dependent you've been, and often still are. You begin to appreciate all of the little things that you previously took for granted; from laundry and gas money, to game night and family dinners. The admiration grows from there as you start a family of your own and finally understand what unconditional love is all about. Then one day, you find yourself sharing stories and reminiscing with them over a beer, and you suddenly realize they're not just your parents anymore, they're your friends.

This phenomenon began for me a few years ago, and the relationship I have with my parents has been completely transformed. Anyone who knows us, knows that my dad and I are very much alike; opinionated, competitive, and never wrong. In the past, our similarities were the force behind constant conflict, yet they now seem to bind us in mutual understanding. We've never been closer.

My new perspective has revealed a lot about my dad, but one thing seems particularly clear...he is awesome! 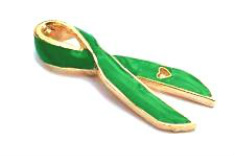 In December, my dad was hospitalized for stomach pains and jaundice. He had a number of tests done and we all crossed our fingers that it was just a gall stone. It wasn't.

On 12/30/13, he underwent a 6 hour surgery to remove his bile duct (along with the large tumor found there), part of his liver, his lymph nodes, and his gall bladder. The surgery was extremely successful, but...

The cancer that originated in his bile duct had already spread to his lymph nodes, and just like that, he was diagnosed with Stage 4A Cholangiocarcinoma (Bile Duct Cancer). I'm not really sure how to describe how that felt; in fact, I'm pretty sure it can't be described. All you can do is ask, "what's the next step?"

On March 3rd, my dad took that next step as he began six months of chemotherapy treatments to significantly reduce the cancer's ability to metastasis again. This is a rare and difficult form of cancer, but he's made great progress already and the chemo treatments will give him a great shot at beating it.

I know this road will be tough, but so is my dad! 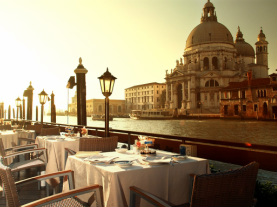 After his treatments come to an end, I want to surprise my dad with something special. Something to commemorate all of his determination and strength, and to celebrate this milestone.

Since the beginning of February, I've been raising money to take my dad to the Pro Football Hall of Fame Enshrinement Festival in early August. The response has been overwhelmingly supportive and the donations quickly reached $3,000 in less than a month!

At the end of February, my dad's schedule for treatment was changed in a way that conflicts with the date of the HOF trip. Initially I tried to convince myself that I could find a way to make it work, but I'm afraid that my heart was clinging to an idea that was just no longer plausible. I needed to come up with a new trip, with flexible dates, that can be adjusted depending on the progress of his treatments.

That same week, as if on cue, my parents had a very relevant discussion about bucket lists. The only experience on my dad's list that didn't include a golf course, was a trip to Italy with my mom. With the incredible support and generosity of so many people, my Dad will have a chance to take a celebratory vacation with the one person who, through it all, has never left his side.
This event is a once in a lifetime experience that I know my Dad deserves, but the only way I can make it happen is with some help. To find out more about the trip to Italy, and to make a donation toward this gift, please check out the Remission Trip page. Even the smallest contribution is immensely appreciated!